Trading in stocks and shares is both an art and a science. There’s room for technology and intense analysis, but there’s also a space for following your instincts and listening to your gut. The trick is to find the balance, keep a cool head, and diversify your portfolio. After all, combining forex dealings, domestic stockholding, and International Stock trading has created many of today’s billionaires, but it also led to the Great Depression. It’s always a good idea to learn from others’ successes and mistakes. Here are some of our favourites.

Currently the world’s third-richest man, Buffet’s net-worth as of February 2018 was $87.5B. He was entrepreneurial as a child, and started corporate work as a salesman at Buffet-Falk and Co., his father’s firm. He practices value investing – using analyses to select and buy stocks that seem under-priced. In his own words, “the basic ideas of investing are to look at stocks as business, use the market’s fluctuations to your advantage, and seek a margin of safety. If you don’t plan to hold a stock for ten years, don’t spend ten minutes considering it.” 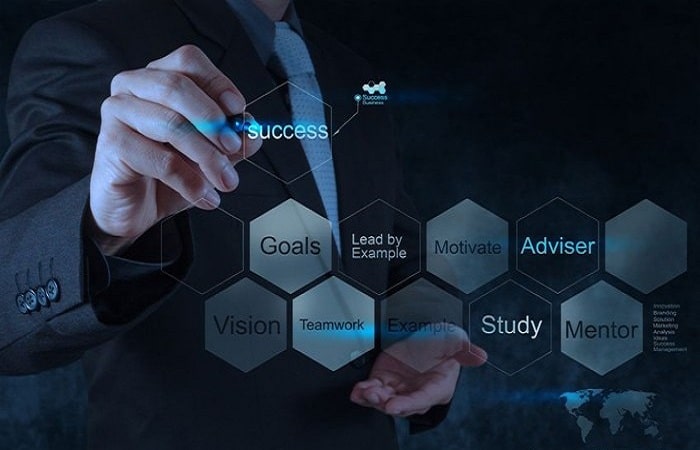 Druckenmiller, a middle-class kid from Philadelphia, started his career as a trainee in Pittsburgh Bank in 1977. After four years there, he started his own firm, Duquesne Capital Management. He is worth $2B and says his strength lies in economic forecasting. His advice is to focus on maximising opportunity and minimising damage. “Don’t worry about being right or wrong. Preserve capital and when the market is good, push profit aggressively. There are many shoes on the shelf. Only wear the ones that fit.”

Just before Black Wednesday (16th September 1992), George Soros is thought to have made a £1B profit via short position on the sterling pound. He attributes his success in forex trade to knowing when he’s wrong and using reflexivity to judge markets. He believes market perceptions influence behaviour, which then strengthen existing perception in an endless feedback loop. “Cut a trade when it’s not working.”

The late Sir Templeton paid a big portion of his college tuition fees by playing poker and playing it well. Even after making billions, he always drove himself, flew economy, and lived in the Bahamas. The day after World War II started, neck deep in the Great Depression, he looked at every NYSE stock that cost less than $1 and bought 100 shares of each. He picked stocks by fundamental analysis of assets, liabilities, earnings, and statements rather than technical aspects. “Maintain a good mood, don’t get anxious, remain disciplined, ignore the herd, buy when there’s blood in the streets, and cash in your profits when expectations and values are high.”

As an already successful trader in 1986, Krieger’s boss raised his trading limit to $700M. (The usual limit was $50M). On October 19th 1987, there was a global crash later known as Black Monday. Krieger figured the surrounding panic would be good for short-selling, so he leveraged his $700M at 400: 1 on the New Zealand Dollar. His position was more valuable than all the cash circulating in New Zealand at the time, and it earned $3M in profits for his company and $3M for himself. Clearly, confidence is key. That and reading the forex market right.

When he was 28 years old, Einhorn started Greenlight Capital with $900,000 in capital. By 2016, his annualised investor return was 16.5%, and his net worth as at February 2018 is $1.52B. He believes you should minimise risk by investing in companies that have management teams aligned with shareholders’ goals. “Find out how competitive the business is, gauging its performance against competitors.”

Not many people can say they started trading stocks at age 14. He made bets on stock prices at a bucket shop and made profits of $1,000 by the time he was 15, all without trading any actual stocks. He lost and regained his million-dollar fortune severally during his lifetime. His principles of investing in overseas stock relied on holistic assessment, evaluating the overall market instead of zooming into one aspect. “Buy and hold during bull markets and sell when the bull market loses momentum.”

Although Fisher dropped out of Stanford Business School in 1928 to focus on stock trading, he came back as an investment lecturer.  The school has only ever had three investment lecturers – that’s how good he was. His investment approach involved comprehensive analysis and he focused on tech companies long before it was considered cool. For example, he bought Motorola in 1955, long before mobile phones (they made radios at the time), and he often made global investments. “Look for high growth potential and long-term gains. Your target should have high margins, heavy research and development, leading positions in their industry, a strong focus on sales, and proprietary products and services.”

For a while, Gross was a professional gambler who specialised in Blackjack. He admits that he uses many of the same methods when he trades in stocks and shares. He has a psychology degree, has worked in the navy, and literally spends millions on his stamp collection. He once bought a stamp plate for $2.97M then traded it for a 1 cent stamp that would complete his 19th Century US Stamps collection. As at 2005, his was only the third complete collection in existence. Similarly, he is willing to change direction in his investments when the market changes. He gauges his portfolio’s performance as a whole over a 3 to 5 year period, rather than buying and selling on the basis of individual stock performance. “Leave emotions out of it. They can convince you to do the wrong thing during irrational market periods.”

In his early days of investment, Dreman followed ‘popular’ share trends and lost most of his money. After that, he took a contrarian approach to trading. The market buys stocks with low earnings and rising prices. Dreman buys unpopular stocks whose earnings are above average. “I buy stocks when they are battered.” He says even if they are unpopular, shares with yields that are above average will perform better in the long-term.