Most people associate hemp with the type of products found in health food stores like hemp seed oils, soap, and skin care creams. But hemp has a long history of many other uses in things like textiles and ropes. But the plants’ uses are even much more diverse than that. Hemps’ potential for a wide variety of products in industrial and medical applications make the use of this commodity staggering. Sales of hemp-based products in the U.S. are projected to rise from just under $1 billion this year to around $1.8 billion by 2020. 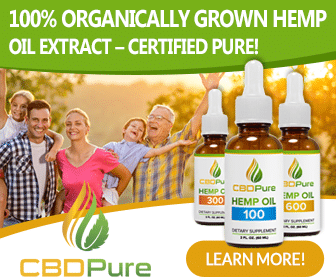 Hemp can be used as a construction material for insulation and other construction materials for the home building trade. The auto industry is beginning to use it in auto body construction in high-end cars because its’ strength to weight ratio is better than most other materials. For instance BMW is mixing hemp with plastics for the interior paneling on some of its’ cars. The car company Lotus offers a hardtop roof made of hemp. And, a new sports car company out of Key West Florida called Renew Sports Cars is making full body panels from hemp. A Canada firm is making airplanes from hemp. And the potential goes far beyond that and could include hemp as a generator of energy and for the storage of energy, a critical component of the future of solar power.)

A newcomer to the nutritional arena is an extract derived from mostly from industrial hemp called cannabidiol or CBD. Sales of USA hemp-based CBD products alone are expected to grow from $5 million in 2016 to around $20 million this year to over $80 million by 2020. There are a number of CBD companies enjoying rapidly growing sales such as CBD Pure, a US firm offering organic CBD oil. Even though CBD sales are booming the legal scenario is confused to say the least as some states and the Federal government classify the non-psychoactive substance in a category with illicit drugs.

The idea that government agencies would categorize a plant based nutritional substance a dangerous illicit drug seems bizarre to many. But then again, the idea that even recreational cannabis should be illegal while the far more damaging and dangerous alcohol is legal is hard to reconcile for many. But, the current US administration seems to be advocating a hard line against all hemp and cannabis related products. With Canada and Mexico on the verge of full recreational legalization and many states in the US already there, the next few years should be interesting for those hoping for an end to cannabis and hemp prohibition. In the meantime, hundreds of millions of dollars are being invested in this niche.