The Terms “token” and “coin” are often interchangeably used by many.  But Coins and Tokens are two completely different terms in the world of cryptocurrency. Majority of those who are new to cryptocurrency trading and investment are not aware of the difference between the two. 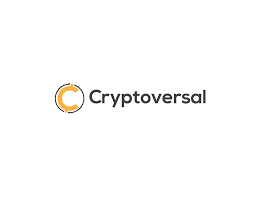 What is a Coin?

Coins, also known as altcoins or alternative cryptocurrency coins, are digital money, which is developed using encryption techniques that store a value as time passes by. It’s more like the digital equivalent of money. Bitcoin, being the widely known example of it.

Coins have two unique characteristics: associated with a public open blockchain where everyone is welcome to join; and may be sent, received or mined.

A coin like Bitcoin, made by making variations in the original Bitcoin’s code like Litecoin, Namecoin etc. can be termed coins. These are also referred to as ‘altcoins‘ because they are an alternative to Bitcoin with an aim to have a use case similar to Bitcoin.

Coins properties are distinct to that of Bitcoin: It is fungible, acceptable, limited, uniform, durable, portable and divisible.

What is a Token?

A token is a type of cryptocurrency which is a representation of a utility or an asset that is usually issued on top of another blockchain.

Essential differences between Coins and Tokens

Infrastructure: Coins have their own independent blockchain which makes it unique from others coins while tokens are built upon and entered into the same blockchain.

Functionality: Coins is used as a payment method and that’s just it! Tokens, on the other hand, has a wide array of functionalities.

Ease and Difficulty of Creation: Creating coins is quite hard as it needs a lot of coding and programming tokens, unlike tokens which use the same set of codes and programming for their creation.

Coins are one of the many payment methods used when buying or selling products and services and characterized more like ‘mone’ and operates independently. There has been a lot of coins emerging on the market and so are tokens. Tokens are used as a payment system between users, digital assets, stake or share and others. One interesting fact is that one can buy a token with a coin, but can never buy a coin with a token.