European System of Financial Supervision (ESFS) came into existence in 2010. It comprises of the European Systemic Risk Board (ESRB) and 3 European supervisory authorities (ESAs):

ESMA or European Securities and Markets Authority based in Paris

EBA or European Banking Authority based in London

IEOPA or European Insurance and Occupational Pensions Authority based in Frankfurt

ESMA was introduced in January 2011 in place of the Committee of European Securities Regulators. 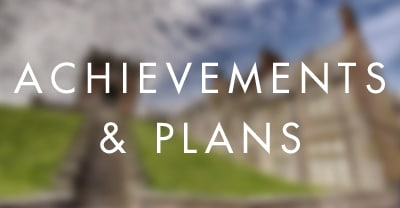 ESMA published a feedback statement in December 2016 which consists of a digital format which should be used by the issuers in the European Union to report the information of their company from 1st January 2020. The statement has concluded that Inline XBRL is the most ideal technology to fulfill EU requirement for issuers to submit their yearly financial reports in a sole electronic format since it offers readability for both humans and machine in a single document.

Users such as analysts, auditors and investors can use the digital format to perform software supported comparison and analysis of big volumes of financial information. Ability to create yearly financial reports for both retail and professional investors is important for generating strong capital markets throughout the EU.

According to ESMA Chair, Steven Maijoor, financial reports are essential for knowing a company’s situation fully and using electronic reporting will encourage analysis, accessibility and comparability of financial statements of issuers. Steven Maijoor further said that they believe that the huge pool of free, organized financial information that will appear when electronic reporting begins will activate technological innovation. There is a potential in the Inline XBRL to bring financial reporting to digital age.

The focus of ESMA was on building the detailed technical regulations, field testing its projected solution and later submitting the technical standard to the European Commission for authorization. Thus in February 2018 ESMA submitted its 2017 Annual Report and 2018 Work Programme setting forth its major regulatory activities for trade repositories (TRs), third country central counterparties (TC-CCPs) and credit rating agencies (CRAs) in the EU.

26 registered CRAs, 4 certified CRAs and 8 registered TRs from third-countries are supervised by ESMA. ESMA’s achievements and supervisory activities in 2017 have also been included in the report.

According to Steven Maijoor, achievements of ESMA in 2017 show how supervisory responsibilities of ESMA play an important role in the objective of EU of protecting investors and encouraging financial stability.

Steven Maijoor further said that an improved framework and risk evaluation process has been developed by ESMA for CRAs and TRs which enables them to better recognise and assess supervisory risks. Their work on numerous common areas of focus for TRs and CRAs – Brexit, cloud computing, ancillary services, internal controls, fees – have given positive results and helped the creation of supervisory tools.

ESMA is planning to execute its new direct regulatory role under the Securities Financing Transactions Regulation. They hope that their supervision will be helpful to boost up the clarity in shadow banking dealings. Plus, ESMA will keep being actively engaged with TRs and CRAs regarding strategy, operational matters, preparations and governance for when the United Kingdom leaves the EU.

Lastly, with the Securitisation Regulation coming into effect in January 2019, 2018 will have considerable amount of preparatory work with respect to the applications of securitisation repositories.